ALESSANDRO BROGI, educated in Italy and the United States, has published books and articles in both countries. He is an associate professor of U.S. Diplomatic History at the University of Arkansas. He has also taught Yale University, at SAIS of Johns Hopkins University in Bologna, Italy, and held several fellowships, including the Nobel Peace Institute of Oslo, Norway, and the George C. Marshall Foundation. 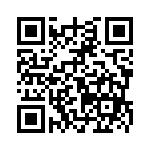