It is not my intention to discuss the literary values of the plays, or to analyze them from a theatrical, philosophical, or psychological point of view. Others have done this far beyond any poor ... Leggi recensione completa

It proves that he couldn't only write good and solid SF, but he was also an astounding expert on Shakespeare. I'm trying to get my hands on the digital version of these books, but to no avail. Still ... Leggi recensione completa

Isaac Asimov was born in Petrovichi, Russia, on January 2, 1920. His family emigrated to the United States in 1923 and settled in Brooklyn, New York, where they owned and operated a candy store. Asimov became a naturalized U.S. citizen at the age of eight. As a youngster he discovered his talent for writing, producing his first original fiction at the age of eleven. He went on to become one of the world's most prolific writers, publishing nearly 500 books in his lifetime. Asimov was not only a writer; he also was a biochemist and an educator. He studied chemistry at Columbia University, earning a B.S., M.A. and Ph.D. In 1951, Asimov accepted a position as an instructor of biochemistry at Boston University's School of Medicine even though he had no practical experience in the field. His exceptional intelligence enabled him to master new systems rapidly, and he soon became a successful and distinguished professor at Columbia and even co-authored a biochemistry textbook within a few years. Asimov won numerous awards and honors for his books and stories, and he is considered to be a leading writer of the Golden Age of science fiction. While he did not invent science fiction, he helped to legitimize it by adding the narrative structure that had been missing from the traditional science fiction books of the period. He also introduced several innovative concepts, including the thematic concern for technological progress and its impact on humanity. Asimov is probably best known for his Foundation series, which includes Foundation, Foundation and Empire, and Second Foundation. In 1966, this trilogy won the Hugo award for best all-time science fiction series. In 1983, Asimov wrote an additional Foundation novel, Foundation's Edge, which won the Hugo for best novel of that year. Asimov also wrote a series of robot books that included I, Robot, and eventually he tied the two series together. He won three additional Hugos, including one awarded posthumously for the best non-fiction book of 1995, I. Asimov. "Nightfall" was chosen the best science fiction story of all time by the Science Fiction Writers of America. In 1979, Asimov wrote his autobiography, In Memory Yet Green. He continued writing until just a few years before his death from heart and kidney failure on April 6, 1992. 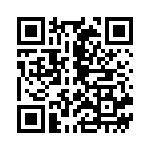