James M. Banner, Jr holds a B.A. from Yale and a Ph.D. from Columbia, where he studied with Richard Hofstadter. From 1966 to 1980, he was a member of the history department at Princeton University, which he left to found the American Association for the Advancement of the Humanities. He has also been a book publisher and foundation officer. A former Guggenheim Fellow, fellow of the Charles Warren Center for Studies in American History at Harvard, member of the board of directors of the American Council of Learned Societies and Fulbright Visiting Professor of American History at Charles University, Prague, he is the author of many books and essays in American history, education and public affairs. He has written for the New York Times, the Wall Street Journal and other newspapers. His most recent works include, with Harold C. Cannon, The Elements of Teaching and The Elements of Learning, and Becoming Historians, edited with John R. Gillis. He is also the editor of A Century of American Historiography. Banner was a co-founder of the History News Service and of the National History Center. 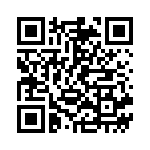