Biting the Wax Tadpole: Confessions of a Language Fanatic

ELIZABETH LITTLE is a writer and editor living in New York City. In 2003, she graduated from Harvard University with a degree in political science and language citations in Mandarin and Classical Chinese. She has worked as a literary agent and as a writer and editor for the Let's Go guide to China, and her writing has appeared in the New York Times. This is her first book. 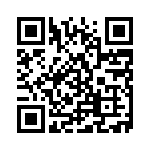