(Sigh) So to begin this book started with kindling that fire that is at the base of every black man woman and child but then in the middle, I began to see; unlike this books forefathers (i.e. the mis ... Leggi recensione completa

I love my man Kwame Ture... He lays everything out perfectly. Leggi recensione completa

Kwame Ture, formerly known as Stokely Carmichael, was among the most fiery and visible leaders of Black militancy in the United States in the 1960s, first as head of the Student Nonviolent Coordinating Committee (SNCC) and then as prime minister of the Black Panther Party, where he coined the phrase "Black Power." In 1969 he cut his ties with American groups over the issue of allying with White radicals, and moved to Guinea. He declared himself a pan-Africanist. In 1978 he changed his name to Kwame Ture, to honor African socialist leaders Kwame Nkrumah and Ahmed Sekoe Toure. He lived in Guinea for 33 years, until his diagnosis with prostate cancer. He died in 1998. 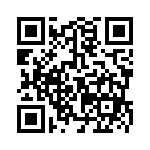