Helen Gavin is Principal Lecturer in Criminal Psychology at the University of Huddersfield, having previously been Head of Psychology at two universities. She teaches criminal, forensic and investigative psychology, as well as advanced research methods, to undergraduate and postgraduate students. Her research is primarily in the criminal psychology field, examining crimes of a sexual and violent nature. She is currently collaborating with researchers and practitioners across the UK and in the USA, Canada, Pakistan and Eastern Europe, concerned with projects in female aggression, non-apprehended offenders and issues concerning policing. She has a number of research students, some of whom are investigating domestic violence in hidden populations, characteristics of homicide, incarcerated sex offenders, sexual deviancy and disgust responses, criminal youth in Libya, and psychopathy in women. Helen heads up a research group in Sex, Violence and Aggression, whose members are based within the university and worldwide, with the aim to add to the body of knowledge about crime and violence.

Previous books include Understanding Research Methods and Statistics in Psychology (Sage), The Essence of Cognitive Psychology (Prentice-Hall), Sex Drugs and Rock & Roll: Psychological, Legal, and Cultural Examinations of Sex and Sexuality (ID-Net Press). She has also contributed chapters to over a dozen edited books, and published widely in forensic and medical journals. Helen feels that studying criminal psychology can make one lose a sense of perspective, so she also studies cultural issues such as music and fairy tales, both of which, she has discovered, have a dark side. 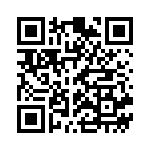