Geert Hofstede received a master’s degree in Mechanical Engineering from the Technical University at Delft and a doctorate in Social Psychology from the University of Groningen, both in his native Netherlands. His professional career includes experience as a worker, foreman, plant manager, chief psychologist on the international staff of a multinational corporation, academic researcher, director of human resources of another multinational, and university professor. He has been affiliated with IMD (Lausanne, Switzerland), INSEAD (Fontainebleau, France), the European Institute for Advanced Studies in Management (Brussels, Belguim), IIASA (Laxenburg Castle, Austria), and the University of Hong Kong. He is Professor Emeritus of Organizational Anthropology and International Management of Maastricht University, the Netherlands. He is currently a Senior Fellow of the Institute for Research on Intercultural Cooperation (of which he was a founder) and of the Center for Economic Research, both at Tilburg University, the Netherlands. He has lectured at universities and consulted for institutions and companies around the world. Dr. Hofstede’s books have appeared in seventeen languages, and his articles have been published in social science journals around the world. He is among the top 100 most cited authors in the Social Science Citation Index. 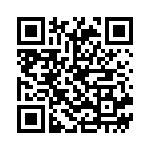