A well crafted and copious detailed account that unlike many 'modern' tomes on the topic thankfully does not lend overdue weight to the contribution of the USA Armed Forces - superb & essential as ... Read full review

I listened to this book (read by the author and WWII historian Stephen Ambrose) before our trip to Normandy to see the D Day sites. The book dramatically tells the true story of the how the Allies (US ... Read full review

Historian Stephen E. Ambrose grew up in Wisconsin and attended the University of Wisconsin and the University of Louisiana. Ambrose is considered to be one of the foremost historical scholars of recent times and has been a professor for over three decades. He is also the founder and president of the National D-Day Museum in New Orleans. His works include D-Day: June 6, 1944: The Climactic Battle of World War II, Citizen Soldiers: The U. S. Army from Normandy Beaches to the Bulge to the Surrender of Germany, June 7, 1944-May 7, 1945, Band of Brothers: E Company, 506th Regiment, 101st Airborne from Normandy to Hitler's Eagle's Nest and Undaunted Courage: Meriwether Lewis, Thomas Jefferson and the Opening of the American West. Abrose served historical consultant on the motion picture Saving Private Ryan. 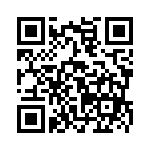