Jodi Dean is Professor of Political Science at Hobart and William Smith Colleges and Erasmus Professor of the Humanities in the Faculty of Philosophy at Erasmus University in Rotterdam. She is the author of Žižek’s Politics, Publicity’s Secret: How Technoculture Capitalizes on Democracy, and Aliens in America: Conspiracy Cultures from Outerspace to Cyberspace. 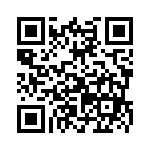