Did Pocahontas save Captain John Smith?

The veracity of John Smith's account of his romantic 1607 rescue by Pochahontas was first challenged in the 1860s by essayist Henry Adams and historian Charles Deane. In this meticulous review of the ... Leggi recensione completa

J. A. Leo Lemay was the H. F. du Pont Winterthur Professor of English at the University of Delaware. He was the author of numerous books, including The Canon of Benjamin Franklin, 1722–1776: New Attributions and Reconsiderations; Robert Bolling Woos Anne Miller: Love and Courtship in Colonial Virginia, 1760; The American Dream of Captain John Smith; and An Early American Reader. 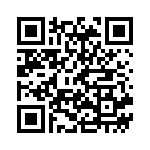