All parents hope that they’re doing a good job of raising their children, but the truth is that they won’t know how well they’ve done until the children are grown. This is what makes Families Like ... Leggi recensione completa

Abigail Garner is the creator of FamiliesLikeMine.com, a well-known website for LGBT families. Her writing has appeared in publications throughout the country, including a commentary in Newsweek that earned her the Excellence in Journalism Award from the National Lesbian and Gay Journalists Association. She also presents lectures and workshops on LGBT families for colleges, businesses, and conferences. She is a graduate of Wellesley College and currently lives in Minneapolis. 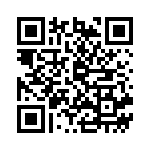