Not what it purports to be, it's mostly autobiographical in nature. Some self-aggrandizement is fine given his job but the book is also full of cheap digs at his colleagues and since I don't really ... Leggi recensione completa

I think I picked this up from our building's swap shelves. It's an advance uncorrected proof, and wow does it need corrections. I hope a copy editor and/or the author got hold of this in galley and ... Leggi recensione completa

Nassim Nicholas Taleb was born in 1960 in Amioun, Lebanon. He is a researcher, essayist, trader, epistemologist, and former practitioner of mathematical finance. Taleb received his bachelors and masters degree in science from the University of Paris. He holds an MBA from the Wharton School at the University of Pennsylvania, and a Ph.D. in Management Science from the University of Paris- Dauphine. Taleb began his financial mathematics career in several of New York City's Wall Street firms before becoming a scholar in the epistemology of chance events, randomness, and the unknown. Taleb's book, Fooled by Randomness, was translated into 23 languages. His book, The Black Swan, was translated into 27 languages and spent several months on the New York Times Bestseller list. Taleb is a Distinguished Professor of Risk Engineering at Polytechnic Institute of New York University and visiting professor of Marketing (Cognitive Science) at London Business School. Taleb has also taught at the University of Massachusetts in Amherst, Courant Institute of New York University, and the Wharton Business School Financial Institutions Center. His title Bed of Procrustes made the N.Y. Times Bestseller List for 2010 and his title Antifragile: Things That Gain from Disorder made The 2012 New York Times Bestseller List.

Nassim Nicholas Taleb is an essayist principally concerned with the problems of uncertainty and knowledge. Talebżs interests lie at the intersection of philosophy, mathematics, finance, literature, and cognitive science but he has stayed extremely close to the ground thanks to an uninterrupted two-decade career as a mathematical trader. Specializing in the risks of unpredicted rare events (żblack swansż), he held senior trading positions in New York and London before founding Empirica LLC, a trading firm and risk research laboratory. Taleb is a fellow at the Courant Institute of Mathematical Sciences of New York University where he has been teaching a class on the failure of models since 1999. His degrees include an MBA from the Wharton School and a Ph.D. from the University of Paris Dauphine. The authorżs ideas on skeptical empiricism have been covered by hundreds of articles around the world. Since childhood, Taleb has been obsessed with the defects of his own thinking. In addition to his scientific and literary interests, Taleb enjoys cafe lounging and museum hopping. 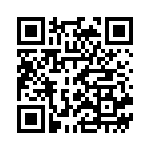