Kevin Werbach is an associate professor of legal studies and business ethics at The Wharton School, University of Pennsylvania. He is also the founder of the Supernova Group, a technology analysis and consulting firm. He co-led the review of the Federal Communications Commission for the Obama-Biden Transition Project. Called “one of the few policy wonks who really got it” by Wired, he helped develop the United States Government’s e-commerce policy, shaped the FCC's approach to Internet issues, and authored Digital Tornado, the first comprehensive analysis of the implications of the Internet. A sought-after speaker and commentator, Werbach appears frequently in print and broadcast media including CNN, CNBC, NPR, ABC News, USA Today, The New York Times, The Wall Street Journal, and The Washington Post. His writing has appeared in Harvard Business Review, Fortune, The Industry Standard, The Philadelphia Inquirer, and Slate, among other publications. He blogs at http://werblog.com and tweets at @kwerb.

Dan Hunter is an expert in internet law, intellectual property, and the application of games to public policy arenas. He is a professor of law at New York Law School and the director of the school’s Institute for Information Law & Policy. He is also an adjunct associate professor of legal studies at The Wharton School, University of Pennsylvania. His research has appeared in journals such as the California Law Review, the Texas Law Review, the William & Mary Law Review, and the Journal of Legal Education. Hunter is a judge for the resolution of domain name disputes for the World Intellectual Property Organization, and is on the editorial board of numerous journals. He was one of the first scholars to examine the social significance of virtual worlds, and he co-founded the scholarly blog Terra Nova (terranova.blogs.com). 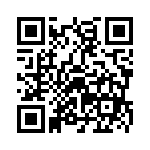