About the Author:
David Abulafia teaches at Cambridge University and is the author of The Two Italies and Italy, Sicily and the Mediterranean, 1100-1400. 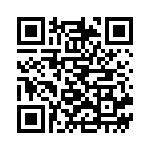