Against a background of readings about wildlife research and conservation in East Africa, an account of Hemingway blasting his way through the phylogenetic tree should sit uneasily with me. But as is ... Leggi recensione completa

You have to keep a strong hold on your Freud-dar while reading this "absolutely true book" about Hemingway's late-1933/early 1934 African safari trek in Kenya with his then-wife Pauline Pfeiffer ... Leggi recensione completa

Ernest Hemingway did more to influence the style of English prose than any other writer of his time. Publication of The Sun Also Rises and A Farewell to Arms immediately established him as one of the greatest literary lights of the 20th century. His classic novella The Old Man and the Sea won the Pulitzer Prize in 1953. Hemingway was awarded the Nobel Prize for Literature in 1954. He died in 1961. 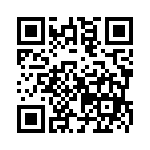