Vincent Brome was educated at Streatham Grammar and Elleston Schools. He started writing professionally aged twenty-one, and held a variety of jobs including feature writer, editor of 'Menu Magazine’, a post at the Ministry of Information during the Second World War, and assistant editor at 'Medical World’. Brome wrote more than thirty books including nine biographies, eleven novels, historical studies, and a two-volume work on the 'Problem of Progress’, as well as plays for the stage, television and radio. His novels 'The Embassy’ and 'The Surgeon’ were international bestsellers. Psychology and psychoanalysis were enduring interests throughout his career. As well as his distinguished book writing career, Brome also appeared regularly on radio and was a contributor to numerous newspapers and magazines including 'The Observer’, 'Sunday Times’, 'The Times’, 'The Guardian’, 'The Spectator’ and 'The New Statesman’ (in the UK), along with 'The Nation’ and 'The New York Times’ (USA). He held the distinction of having an entire 'South Bank Show' on TV devoted to him and his writing. He lived in central London, where he died in 2005. 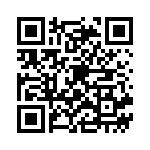