Review: Homo Ludens: A Study of the Play-Element in Culture

Contains some interesting ideas, but felt like a slog at times. I considered putting it down and moving on but I'm still glad I stuck it out. The two star rating is based entirely on the "it was OK" caption so don't let it dissuade you from picking this book up. Leggi recensione completa

Review: Homo Ludens: A Study of the Play-Element in Culture

Ok, yes, I am really enjoying this. A lovely style to the writing, I know it is a translation, but it seems a happy one for once. ' every student of Germanic law knows the passage in Old Frisian Law ... Leggi recensione completa 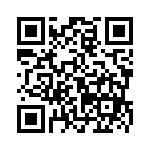