This book is an excellent guide to reading some classic books. But there is a complete guide, just point to some key aspects, without taking the pleasure of discovery inherent to the act of reading. Leggi recensione completa

Professor Bloom is sometimes pooh-poohed for his support of the Western Canon, but for those not immersed in the humanities, the book is likely to be a signpost to a deeper understanding of literature ... Leggi recensione completa

Harold Bloom is Sterling Professor of Humanities at Yale University, Berg Professor of English at New York University, and a former Charles Eliot Norton Professor at Harvard. His more than twenty books include Shakespeare: The Invention of the Human, The Western Canon, The Book of J, and his most recent work, Stories and Poems for Extremely Intelligent Children of All Ages. He is a MacArthur Prize fellow; a member of the American Academy of Arts and Letters; the recipient of many awards, including the Academy's Gold Medal for Criticism; and he holds honorary degrees from the universities of Rome and Bologna. 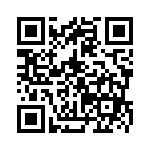