Jan Arno Hessbruegge works for the New York Office of the United Nations High Commissioner for Human Rights. He is also a visiting professor for international law at the U.N.-mandated University for Peace in Costa Rica. In the course of his career, he has worked as a legal advisor in the Executive Office of the High Commissioner, with the U.N. Commissions of Inquiry on Human Rights in Syria and North Korea, the U.N. Special Rapporteur on Violence against Women and the Representative of the U.N. Secretary-General on Internally Displaced Persons. Furthermore, he served in U.N. peacekeeping missions in Sudan and Haiti. He has written numerous scholarly works on international law and human rights. Dr. Hessbruegge holds a PhD in international law from the European University Viadrina. 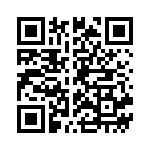