Jeremy Gibson is a lecturer teaching computer game design for the Electrical Engineering and Computer Science department at the University of Michigan Ann Arbor and is the founder of ExNinja Interactive, LLC. From 2009 to 2013, he was an Assistant Professor teaching game design and protyping for the Interactive Media and Games Division of the University of Southern California’s School of Cinematic Arts, which was the number one game design school in North America throughout his tenure there. Jeremy serves the IndieCade independent game festival as the Chair for Education and Advancement, where he is responsible for the IndieXchange and GameU conference tracks, and he has spoken at the Game Developers Conference every year since 2009.


Jeremy earned a Master of Entertainment Technology degree from Carnegie Mellon University’s Entertainment Technology Center in 2007 and a Bachelor of Science degree in Radio, Television, and Film from the University of Texas at Austin in 1999. Jeremy has worked as a programmer and prototyper for companies such as Human Code and frog design, has taught classes for Great Northern Way Campus (in Vancouver, BC), Texas State University, the Art Institute of Pittsburgh, Austin Community College, and the University of Texas at Austin, and has worked for Walt Disney Imagineering, Maxis, and Electronic Arts/Pogo.com, among others. While in graduate school, his team created the game Skyrates, which won the Silver Gleemax Award at the 2008 Independent Games Festival. Jeremy also apparently has the distinction of being the first person to ever teach game design in Costa Rica. 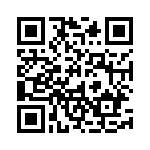