The only biography - quite simply a masterpiece. (Except for the unfortunate photograph of 'Oscar' in drag, mistakenly identified by Ellmann.) Leggi recensione completa

Richard Ellman won the Pulitzer for his work on Oscar Wilde, and with good reason: it's not only the definitive look at the Irish poet, playwright, critic, and martyr, but it's also a ripping good ... Leggi recensione completa

Richard Ellmann, during a long and distinguished career, won international recognition as a scholar, teacher of English literature, critic, and biographer. His magesterial life of James Joyce has been widely acclaimed as the greatest literary biography of the century.
Ellmann was born in Highland Park, Michigan, in 1918. He studied at Yale and at Trinity College in Dublin. He taught at Harvard, Yale, Northwestern, Emory, the University of Chicago, Indiana University, and Oxford, where he was Goldsmiths' Professor of English Literature and Fellow of New College.
His James Joyce (National Book Award, 1959) was preceded by Yeats: The Man and the Masks and The Identity of Yeats, and was followed by--among other greatly praised books--two volumes of Joyce letters, Eminent Domain, and Four Dubliners.
Ellmann died in May 1987, in Oxford, soon after completing Oscar Wilde, to which he had devoted some two decades of study, research, and writing. 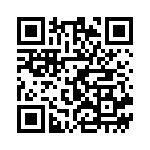