Just beautiful. The historic photos make one wishful to return to a seemingly simpler period of time. Sad to see the decay, yet amazed to see the transformations Leggi recensione completa

Eminent French photographer Atget devotedly photographed the French capital and surrounding area from the late 19th century up until 1927. This compendium of the photographer's oeuvre during the belle ... Leggi recensione completa

Oregon-based photographer Christopher Rauschenberg is a founding member of the Blue Sky Photographers' Collective and Gallery. His work has been widely exhibited.

Rosamond Bernier is a professional lecturer, speaking at institutions such as the Louvre, the Art Institute of Chicago, and the Guggenheim Museum.

Alison Nordstrom is a curator whose writing on photography has appeared in numerous publications.

Clark Worswick has authored a number of books on photography. 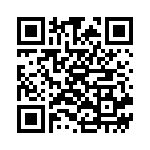