Bogost makes a lot of novel, useful points here: about videogames in general, and about them as a medium for conveying opinionated, directed, persuasive messages. It's another book of his that has ... Leggi recensione completa

I was surprised by the book's focus on procedural rhetoric, meaning persuasion where the game mechanics themselves are intimately tied to the message. Many games with a message use it as essentially a ... Leggi recensione completa

Ian Bogost is Ivan Allen College Distinguished Chair in Media Studies and Professor of Interactive Computing at the Georgia Institute of Technology, a Founding Partner at Persuasive Games LLC, and the coauthor of Newsgames: Journalism at Play (MIT Press, 2010). 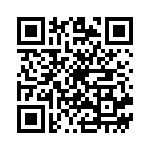