This young but experienced chef, born and raised at Peschici in the Gargano, spent the summers of his youth between the solid wood of his family's trabucco (fishing jetty) and the rustic tables of their restaurant, thus inheriting two passions: fishing and cooking, the essential elements of this new title. With a passion for photography and journalism, he wrote for several regional newspapers before devoting himself to further education. He graduated in Parma, first in Gastronomic Sciences, and then in Food Technology, presenting two theses on the use of sea water in the kitchen and consumer preferences for fish. For most of the year he lives, fishes, and cooks on the reef, at his restaurant Al Trabucco da Mimģ at Punta San Nicola; in winter he sets off on far-flung gastronomic journeys around the globe. The trabucco has belonged to his family for five generations. The Ottaviano family, now among the very few to preserve a knowledge of its construction technique, are conscientious custodians of tradition. For his skills in digital communication, Domenico Ottaviano placed second in the Web Chef Competition 2014 at the Festival of Italian Cuisine in Rimini. This is his first publication."This book would never have seen the light without the ancient seafaring and culinary wisdom of which my grand parents Mimi and Lucia were the custodians." --Domenico Ottaviano 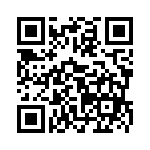