Formidable, mathematically rigorous, 676-page textbook. Quite a treatment, considering that quantum computers might not ever be buildable. Leggi recensione completa

Dr. Michael Nielsen was born in Brisbane, Australia in 1974, and was educated at the University of Queensland, obtaining postgraduate degrees in mathematics and physics, before being awarded his PhD in physics at the University of New Mexico in 1998. He is currently the Tolman Postdoctoral Fellow and a Fulbright Scholar at the California Institute of Technology

Dr. Isaac Chuang is a native of Louisville, KY. He received his doctorate in electrical engineering from Stanford University in 1997, where he was a Hertz Foundation Fellow, and holds two bachelors degrees and one masters degree in physics and electrical engineering from the Massachusetts Institute of Technology. He serves as a consulting professor at Stanford University. He joined IBM Research in 1998. In November 1999 he was named one of the top 100 young innovators of 1999. 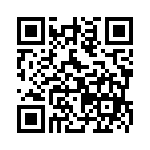