Solomon Yurick was born on January 18, 1925 in Manhattan, New York City. He received a bachelor's degree in English from New York University and a master's degree in English from Brooklyn College. He worked for many years as an investigator for the New York City Department of Welfare. His first novel, The Warriors, was published in 1965. It was adapted into a movie in 1979 and inspired popular video games for Xbox and PlayStation 2 that were released in 2005. His other novels include Fertig, The Bag and Richard A. He also wrote short stories and nonfiction. He died due to complications of lung cancer on January 5, 2013 at the age of 87. 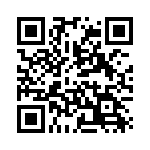