W. H. Auden (1907-73) was born in York, England, and educated at Oxford. During the 1930s he was the leader of a left-wing literary group that included Christopher Isherwood and Stephen Spender. With Isherwood he wrote three verse plays. He lived in Germany during the early days of Nazism, and was a stretcher-bearer for the Republicans during the Spanish Civil War. Auden's first volume of poetry appeared in 1930. Later volumes include Spain (1937), New Year Letter (1941), For the Time Being, a Christmas Oratorio (1945), The Age of Anxiety (1947; Pulitzer Prize), Nones (1951), The Shield of Achilles (1955), Homage to Clio (1960), About the House (1965), Epistle of a Godson (1972), and Thank You, Fog (1974). His other works include the libretto, with his companion Chester Kallman, for Stravinsky's opera The Rake's Progress (1953); A Certain World: A Commonplace Book (1970); and The Dyer's Hand and Other Essays (1968). In 1939 Auden moved to the United States and became a citizen in 1946, and beginning that year taught at a number of American colleges and universities. From 1956 to 1961 he was professor of poetry at Oxford. Subsequently he lived in a number of countries, including Italy and Austria, and in 1971 he returned to England. He was awarded the National Medal for Literature in 1967. 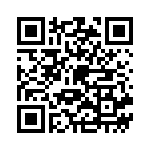