SIX MEMOS FOR THE NEXT MILLENNIUM

The 1985-86 Norton Lectures were Calvino's to deliver; the day before he was to leave Italy for Cambridge, he died. But the essays (though the sixth "memo" was never written down) were substantially ... Leggi recensione completa

Six memos for the next millennium

Calvino died just before he was to deliver these lectures. They focus on "things that only literature can give us,'' on "certain qualities, or peculiarities of literature that are very close to my ... Leggi recensione completa

Italo Calvino 1923-1984 Novelist and short story writer Italo Calvino was born in Cuba on October 15, 1923, and grew up in Italy, graduating from the University of Turin in 1947. He is remembered for his distinctive style of fables. Much of his first work was political, including Il Sentiero dei Nidi di Ragno (The Path of the Nest Spiders, 1947), considered one of the main novels of neorealism. In the 1950s, Calvino began to explore fantasy and myth as extensions of realism. Il Visconte Dimezzato (The Cloven Knight, 1952), concerns a knight split in two in combat who continues to live on as two separates, one good and one bad, deprived of the link which made them a moral whole. In Il Barone Rampante (Baron in the Trees, 1957), a boy takes to the trees to avoid eating snail soup and lives an entire, fulfilled life without ever coming back down. Calvino was awarded an honorary degree from Mount Holyoke College in 1984 and died in 1985, following a cerebral hemorrhage. At the time of his death, he was the most translated contemporary Italian writer and a contender for the Nobel Prize for Literature. 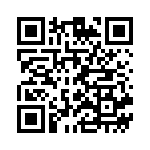