The NEST Collective are a Kenyan multidisciplinary collective working since 2012 with the aim of exploring troubling modern identities, re-imagining African pasts and inhabiting mythical African futures.They create works within the fields of film, visual arts, music and fashion that begin conversations in Nairobi, Kenya - where they live and work. Their first feature film project - Stories of Our Lives, based on stories found in the archive upon which this book is based - premiered at the 2014 Toronto International Film Festival, and has since screened in Berlin, Buenos Aires, Istanbul, Johannesburg, Lagos, London, New York, Sydney, Seoul and other cities - despite its restriction from screening in Kenya.This is their first publication. 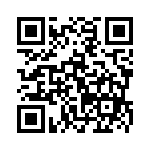