Every one of us has been a student, and most of us are also teachers (and still students) even if that isn't our job title. In this books hooks gives us the best kind of theory -- passionate, clear ... Leggi recensione completa

This is my first introduction to bell hooks's writing. It's her work on liberation pedagogy, structured as stand-alone essays. There was plenty of food for thought. Especially useful for me in the health disparities curriculum I help teach to high school students every summer. Leggi recensione completa

Bell Hooks was born Gloria Watkins on September 25, 1952. She grew up in a small Southern community that gave her a sense of belonging as well as a sense of racial separation. She has degrees from Stanford University, the University of Wisconsin, and the University of California at Santa Cruz. She has served as a noted activist and social critic and has taught at numerous colleges. Hooks uses her great-grandmother's name to write under as a tribute to her ancestors. Hooks writes daring and controversial works that explore African-American female identities. In works such as Ain't I a Woman: Black Women and Feminism and Talking Back: Thinking Feminist, Thinking Black, she points out how feminism works for and against black women. Oppressed since slavery, black women must overcome the dual odds of race and gender discrimination to come to terms with equality and self-worth. 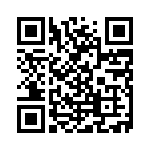