Peter Dale Scott, a former Canadian diplomat and professor emeritus at the University of California, Berkeley, is a leading political analyst and poet. His books include Deep Politics and the Death of JFK, Drugs, Oil, and War: The United States in Afghanistan, Colombia, and Indochina, The Road to 9/11: Wealth, Empire, and the Future of America, The War Conspiracy: JFK, 9/11 and the Deep Politics of War, and American War Machine: Deep Politics, the CIA Global Drug Connection, and the Road to Afghanistan (R&L). He has been awarded the Lannan Poetry Award. His website can be found at www.peterdalescott.net. 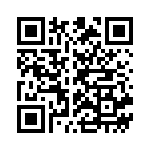