Michael Ledeen is an American historian, philosopher, neoconservative foreign policy analyst and writer, born August 1, 1941. He is Freedom Scholar at the Foundation for the Defense of Democracies, and served as Special Advisor to the Secretary of State and consultant to the National Security Council during the Reagan Administration. He has written more than 35 books, including The War against The Terror Masters, The Iranian Time Bomb, and Obama's Betrayal of Israel. His latest bestselling book is The Field of Fight: How We Can Win the Global War Against Radical Islam and Its Allies. 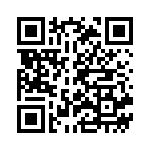