Born in Belluno in the region of Veneto, in northern Italy, Dino Buzzati received his law degree from the University of Milan, but never practiced law. Beginning in 1928, he worked as an editor and journalist for the Milanese daily newspaper Il Corriere della Sera. His first work of fiction, Barnabo delle montagne (Barnaby of the Mountains) (1933), established Buzzati as an inventive writer who evoked the mysteries of ordinary life. Buzzati never linked himself to any literary movement or style, preferring to seek the fantastic and the extraordinary in his often commonplace characters and locales. A talented short story writer, Buzzati published most of his short fiction in Sessanta Racconti (1958), which was partially translated into English as Catastrophe. Here, Buzzati increasingly employs urban settings where machines, instead of quasi-mythical monstrous beings, populate a supernatural world. Buzzati died in 1972. 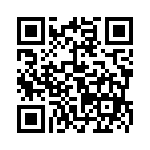