Cesare Colafemmina was Professor of Jewish Epigraphy and Antiquities at Bari University and of Jewish Literature at Calabria University. He has published extensively on the epigraphy and the history of the Jews in Southern Italy. In 1985 he founded the Bulletin Sefer Yu asin dedicated to texts and studies on the Jews in what later became the Kingdom of the Two Sicilies. 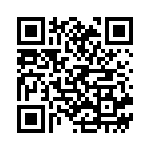