Peter Partner was born in Little Heath, England on July 15, 1924. He went to Magdalen College, Oxford, to read law, but quickly switched to history. He worked as a journalist for the Observer in Rome and the Middle East. He started teaching history at the private school Winchester College in 1955 and stayed there for 30 years. He was a historian of medieval and Renaissance Rome as well as the Middle East. He wrote numerous books during his lifetime including A Short Political Guide to the Arab World, The Lands of St. Peter, Renaissance Rome 1500-1559, The Pope's Men, and God of Battles. He died on January 17, 2015 at the age of 90. 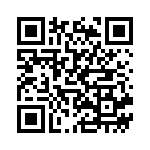