One of the things I liked about Britain's being in the EU was having an extra layer of legal appeal that lay above the level of the nation-state. This is of course exactly what many anti-Europe ... Leggi recensione completa

The late Lord Bingham coolly lays down the tenets of "rule of law" - a principle which everyone lays claim to but no-one can be bothered to define. Essential reading both for civil society junkies ... Leggi recensione completa

Tom Bingham, 'the most eminent of our judges' (Guardian), held office successively as Master of the Rolls, Lord Chief Justice of England and Wales and Senior Law Lord of the United Kingdom, the only person ever to hold all three offices. He became a life peer, as Baron Bingham of Cornhill in the County of Powys, on becoming Lord Chief Justice in 1996. In 2005 he was appointed a Knight of the Garter, the first professional judge to be so honoured. He retired in 2008, and in the same year was elected by the Institut de France as the first winner of the Prize for Law awarded by the Alexander S. Onassis Public Benefit Foundation. 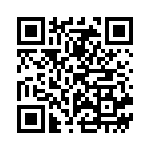