James E. Perone is the series editor for The Praeger Singer-Songwriter Collection. He is Professor of Music at Mount Union College, where he teaches American music, music theory, and clarinet. Perone is the author of The Sound of Stevie Wonder: His Words and Music (2006), and The Words and Music of Carole King (2006), both in the Singer-Songwriter series. He is also the author of the Greenwood Press books Music of the Counterculture Era (2004) and Woodstock: An Encyclopedia of the Music and Art Fair (2005). 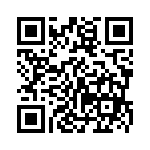