Perfect cookbook for any vegans in your family. Its great to have some great cupcake recipes that are so good you wouldnt know the difference between vegan and non vegan cupcakes. Leggi recensione completa

This amazing little book will make your life so sweet - easy, quick and above all scrumptious traditional and creative cupcakes that everyone will love. Leggi recensione completa

Isa Chandra Moskowitz has been cooking up trouble in New York City since the eighties, when she discovered punk rock and vegetarianism. Her public access cooking show, the Post Punk Kitchen, filmed in her small Brooklyn apartment, has been a smash hit since it hit the airwaves in 2003. She has been inspiring fans of vegan food and loud music ever since. The Post Punk Kitchen won VegNews' Veggies award for Best Cooking DVD and has been featured in media from Bust to Herbivore to Gothamist.com. Isa also hosts cooking demonstrations and can be found online at www.theppk.com.

Contributor residences (city, state or country if outside the US or Canada): Brooklyn, NY; Queens, NY 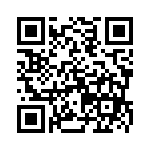