Christopher Hill was born John Edward Christopher Hill in York, England on February 6, 1912. He attended Balliol College, Oxford University and later became the master of the college from 1965 until his retirement in 1978. In 1940, he was commissioned as a lieutenant in the Oxford and Bucks Light Infantry, before becoming a major in the intelligence corps in the Foreign Office from 1943 until the end of World War II. He was a Marxist historian whose work examined the role of economic factors in the events of 17th-century England. His works included The English Revolution 1640, Intellectual Origins of the English Revolution, God's Englishman, Reformation to Industrial Revolution, AntiChrist in 17th-Century England, Milton and the English Revolution, The World of the Muggletonians, The Experience of Defeat, and Liberty Against the Law. He died on February 23, 2003 at the age of 91. 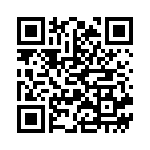