Eva Brann is a member of the senior faculty at St. John's College in Annapolis, Maryland, where she has taught for over forty-five years. Brann holds an M.A. in Classics and a Ph.D. in Archaeology from Yale University. Her recent books include The Ways of Naysaying; What, Then, Is Time?; and The World of the Imagination. A volume of her selected essays, The Past-Present, was published in 1997. 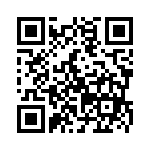