The author observes that "The foundational knowledge of the average American is now so low that it has crashed through the floor of "uninformed," passed "misinformed" on the way down, and is now ... Leggi recensione completa

I'd heard about this book on tv and, of course, the idea is pertinent to politics today especially in the US and the UK. It has some great quotes, but was quite a disappointment in that Nichols seems ... Leggi recensione completa

Tom Nichols is Professor of National Security Affairs at the US Naval War College, an adjunct professor at the Harvard Extension School, and a former aide in the U.S. Senate. He is also the author of several works on foreign policy and international security affairs, including The Sacred Cause, No Use: Nuclear Weapons and U.S. National Security, Eve of Destruction: The Coming Age of Preventive War, and The Russian Presidency. He is also a five-time undefeated Jeopardy! champion, and as one of the all-time top players of the game, he was invited back to play in the 2005 Ultimate Tournament of Champions. Nichols' website is tomnichols.net and he can be found on Twitter at @RadioFreeTom. 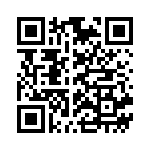