Peter Davidson is the poetry editor of The Atlantic Monthly, and lives in Boston.

Donald Andrew Hall Jr. was born in New Haven, Connecticut on September 20, 1928. He received a bachelor's degree from Harvard University in 1951. His first collection of poetry, Exiles and Marriages, was published in 1955. His other collections included Without, The Museum of Clear Ideas, and The Painted Bed. He received several awards including the National Book Critics Circle Award for The One Day, the Lenore Marshall Poetry Prize for The Happy Man, the Poetry Society of America's Robert Frost Silver medal, and the Ruth Lilly Prize for poetry. He served as poetry editor of The Paris Review from 1953 to 1962 and was the United States poet laureate for 2006-2007. He was also a memoirist, an essayist, and the author of textbooks and children's books. His memoirs were entitled Life Work and Unpacking the Boxes. His children's book, Ox-Cart Man illustrated by Barbara Cooney, won the Caldecott Medal. He received a National Medal of Arts in 2011. He died on June 23, 2018 at the age of 89. 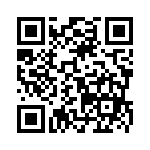