Pagina 61
Subcultures , again with known numbers of cells , can be made indefinitely . The
vessels used for such cultures ( Fig . 5 ) may be Carrel flasks , roller tubes ,
tumbler tubes , small flattened rectangular T - flasks , Erlenmeyer flasks , large
Roux ...
Pagina 81
In the case of embryonic organs it is not known which one is size - limiting . We
shall consider here only mature organs , for in these it has been shown both in
theory and by experiment that the limiting factor is oxygen ( Trowell , 1952 , 1959
...
Pagina 431
Second , it is a well - known fact that thymine deficiency may result in
mutagenesis . Thymine deficiency induced by FUDR also results in severe
chromosome damage ( Hsu , Humphrey and Somers , unpublished data ) .
Synchronization of ... 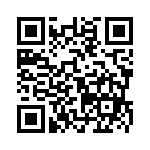