Raymond Chapman is Emeritus Professor of English Literature in the University of London, an Anglican priest serving in the Diocese of Southwark and Deputy Chairman of the Prayer Book Society. 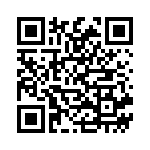