Pagina 98
Lymphocyte Survival in vitro Methods of cell culture, tissue culture and organ
culture have been employed, and they will be dealt with in that order. In all cases,
unless otherwise stated, it is the small lymphocytes which are under
consideration, ...
Pagina 108
With organ cultures it was found that pH could be varied over a surprisingly wide
range (6.5-9.6) without impairing survival (Trowell, 1952a, 1955). B.
TEMPERATURE Schrek (1946b), with lymphocyte suspensions, found optimum
survival over ...
Pagina 109
1937; Delaunay et al., 1949; Feldman, 1950), but it is now known that in modern
chemically defined media survival is just as good as in serum, if not better (
Trowell, 1955). So it may be concluded that the proteins, lipids and other complex
... 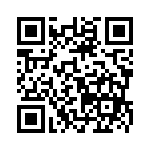