This is a “coffee table” format book. It's about 200 pages long with a one page bibliography, and has about 245 pictures, so the pictures make up a significant portion of the book. In fact, the large ... Leggi recensione completa

Many books have been written about designer, architect, engineer, and philosopher R. Buckminster Fuller (1895-1983) and his visionary inventions, but Gorman, once associate curator of the Buckminster ... Leggi recensione completa

Michael John Gorman has published widely on the history of science and technology in journals including Nature, Science and Leonardo. Gorman has held fellowships at MIT's Dibner Institute, Harvard University, and the Museum of History of Science in Florence, and holds a B.A. in Physics and Philosophy from Oxford University and a Ph.D. in History from the European University Institute in Florence. He is author, with Nick Wilding, of La Technica Curiosa di Kaspar Schott (Edizioni dell'Elefante, 2000) and was Associate Curator of the Buckminster Fuller Collection at Stanford University Libraries. 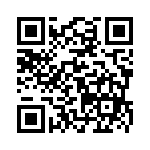