F. James Holler is professor emeritus of chemistry and recipient of the Alumni Association Great Teacher Award at the University of Kentucky. He received his Ph.D. from Michigan State University. In addition to his role as co-author of several bestselling texts, he is co-creator of the world-famous Periodic Table of Comic Books.

Stanley R. Crouch is professor emeritus at Michigan State University. He received his undergraduate and M.S. degrees from Stanford University and his Ph.D. in analytical chemistry from the University of Illinois. He is the recipient of the 2001 American Chemical Society Division of Analytical Chemistry Award in Chemical Instrumentation and the 1996 ACS Division of Analytical Chemistry Award for Excellence in Teaching. 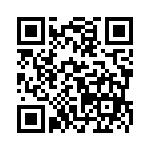