Bob Broeg is a retired Hall of Fame sports journalist from the St. Louis Post-Dispatch and author of numerous books on sports, including the St. Louis Cardinals Encyclopedia. 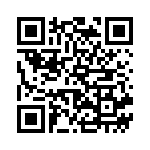