K. Anders Ericsson is Conradi Eminent Scholar and Professor of Psychology at Florida State University. In 1976 he received his PhD in Psychology from University of Stockholm, Sweden, followed by post-doctoral fellowship at Carnegie-Mellon University. His current research concerns the structure and acquisition of expert performance and in particular how expert performers acquire and maintain their superior performance by extended deliberate practice. He has published many books including Toward a General Theory of Expertise: Prospects and Limits and The Road to Excellence: The Acquisition of Expert Performance in the Arts and Sciences, Sports, and Games.

Neil Charness is Professor of Psychology at Florida State University and Research Associate at the Pepper Institute on Aging and Public Policy. He is also the Director of the Cognitive and Behavioral Sciences area in the department of Psychology at FSU. He has written many articles and chapters on the topics of age, human factors, and expert performance. He is on the editorial board of Gerontechnology, Psychology and Aging and the Journal of Gerontology: Psychological Sciences.

Robert R. Hoffman, Ph.D. is a Research Scientist at the State of Florida Institute for Human and Machine Cognition, which is located in Pensacola. He is also an Adjunct Instructor at the Department of Psychology of the University of West Florida in Pensacola. His research has garnered him a designation as one of the pioneers of Expertise Studies. Hoffman has been recognized on an international level in at least five disciplines - remote sensing, meteorology, experimental psychology, human factors, and artificial intelligence. Within psycholinguistics, he has made pioneering contributions, having founded the journal Metaphor and Symbol, and having written extensively on the theory of analogy. He is co-editor of the Regular Department Human Centered Computing in the journal IEEE: Intelligent Systems.

Paul J. Feltovich is a Research Scientist at the Institute for Human and Machine Cognition, University of West Florida, Pensacola. He has conducted research and published on topics such as expert-novice differences in complex cognitive skills; conceptual understanding and misunderstanding for complex knowledge; and novel means of instruction in complex and ill-structured knowledge domains. Since joining IHMC, he has been investigating coordination, regulation, and teamwork in mixed groups of humans and intelligent software agents. He has authored nearly one hundred professional articles and two books. 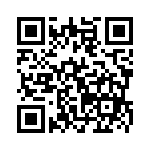