Pagina 12
It has sometimes been thought that art is not a simple intuition , but an intuition of
an intuition , in the same way as the concept of science has been defined , not as
the ordinary concept , but as the concept of a concept . Thus man would attain ...
Pagina 42
Logic in its In a Logic suitably reformed on this basis , this truth must first and
foremost be proclaimed , and all its consequences deduced : the logical fact , the
only logical fact , is the concept , the universal , the spirit that forms , and in so far
as ...
Pagina 298
Hegel's whole philosophy consists in the affirmation of a concrete concept ,
unknown to ordinary or scientific thought . Indeed , " says he , “ no concept has in
our day been more mishandled than the concept in itself and for itself ; for by
concept ... 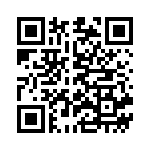